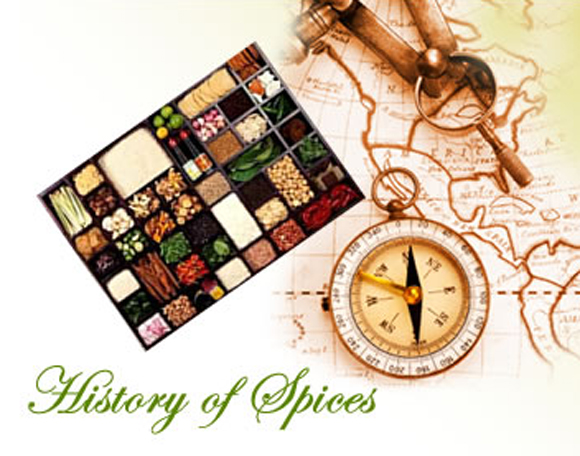 Archaeologists estimate that from as far back as 50,000 B.C. humans had used the special qualities of aromatic plants to help flavor their food. The primitive man would have utilized the sweet-smelling spices in order to make their food taste better. He would have offered all sorts of aromatic herbs to his primitive gods. He would have used the spices to heal himself while he was ill. From that moment on, spices played an important role in human existence. The spice trade developed throughout the Middle East in around 2000 BC with cinnamon and pepper. The Egyptians used herbs for embalming and their need for exotic herbs helped stimulate world trade. In fact, the word spice comes from the same root as species, meaning kinds of goods. By 1000 BC China and India had a medical system based upon herbs. Early uses were connected with magic, medicine, religion, tradition, and preservation.

The ancient Indian epic of Ramayana mentions cloves. In any case, it is known that the Romans had cloves in the 1st century AD because Pliny the Elder spoke of them in his writings.

Indonesian merchants went around China, India, the Middle East and the east coast of Africa. Arab merchants facilitated the routes through the Middle East and India. This made the city of Alexandria in Egypt the main trading centre for spices because of its port. The most important discovery prior to the European spice trade were the monsoon winds (40 AD). Sailing from Eastern spice growers to Western European consumers gradually replaced the land-locked spice routes once facilitated by the Middle East Arab caravans.

Spices were among the most luxurious products available in Europe in the Middle Ages, the most common being black pepper, cinnamon (and the cheaper alternative cassia), cumin, nutmeg, ginger and cloves. They were all imported from plantations in Asia and Africa, which made them extremely expensive. From the 8th until the 15th century, the Republic of Venice had the monopoly on spice trade with the Middle East, and along with it the neighboring Italian city-states. The trade made the region phenomenally rich. It has been estimated that around 1,000 tons of pepper and 1,000 tons of the other common spices were imported into Western Europe each year during the Late Middle Ages. The value of these goods was the equivalent of a yearly supply of grain for 1.5 million people.

In nutshell, the fascinating history of spices is a story of adventure, exploration, conquest and fierce naval rivalry. The people of those times used spices, as we do today, to enhance or vary the flavors of their foods. Spices were also flavor disguisers, masking the taste of the otherwise tasteless food that was nutritious, but if unspiced, had to be thrown away. 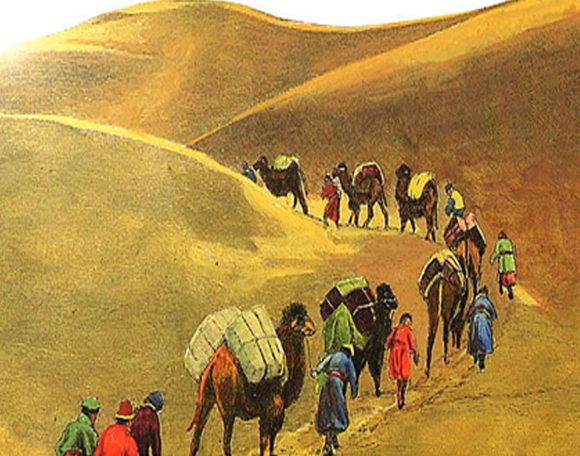 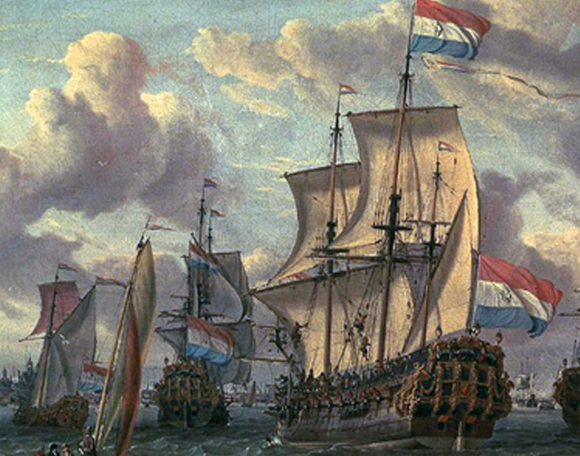 The fame of Indian spices is older than the recorded history. The story of Indian spices is more than 7000 years old. Centuries before Greece and Rome had been discovered, sailing ships were carrying Indian spices, perfumes and textiles to Mesopotamia, Arabia and Egypt. It was the lure of these that brought many seafarers to the shores of India.

Long before Christian era, the Greek merchants thronged the markets of South India, buying many expensive items amongst which spices were one. Epicurean Rome was spending a fortune on Indian spices, silks, brocades, Dhaka muslin and cloth of gold, etc. It is believed that the Parthian wars were being fought by Rome largely to keep open the trade route to India. It is also said that Indian spices and her famed products were the main lure for crusades and expeditions to the East.

Under the impetus of the spice trade, Portugal expanded territorially and commercially. By the year 1511, the Portuguese were in control of the spice trade of the Malabar coast of India and Ceylon. Until the end of the 16th century, their monopoly on the spice trade to India was exceptionally profitable for the Portuguese. The main product brought back to Lisbon was black pepper. Piper nigrum (Black Pepper) was as valuable as gold in the age of discovery. In the 16th century, over half of Portugal’s state revenue came from West African gold and Indian pepper and other spices. The proportion of the spices greatly outweighed the gold.

The spice of the East were valuable in those times, During these Middle Ages, a pound of ginger was worth a sheep, a pound of mace worth three sheeps or half a cow. Pepper, the most valuable spice of all, was counted out in individual peppercorns, and a sack of pepper was said to be worth a man’s life. Da Gama’s successful voyage intensified an international power struggle for control over the spice trade. For three centuries afterwards the nations of Western Europe-Portugal, Spain, France, Holland, and Great Britain – fought bloody sea-wars over the spice-producing colonies. Trade in India in the present day involves less nationalistic qualities than it did in the past. Spice growers now export their products through their own organizations or through exporting houses. Spices are now distributed by food manufacturers, wholesalers and retailers.

The most lucrative of the spice traders during this time were the Arabians. South Arabia was the great spice emporium in antiquity The Arabians used mythological stories to succeed in acquiring the first monopoly on the spice trade. The period between the 16th to the 18th century saw the English explore and control the spice trade. After this period, the Americans also entered into the spice trading community. Thus, one can see that the history of spice has always been a history of control, of power and of wealth. Spice has proved to be the number one commodity of trade that has made a lot of difference in the lives of many people - especially in the way we eat food - simply because it just tastes better with a little bit of spice!